The GRU’s galaxy of Russian-speaking websites

Since 2016, numerous studies have shown Russian intelligence services’ involvement in online information operations. Case studies on the Internet Research Agency (IRA), Secondary Infektion , and the Ghostwriter campaigns shed light on the methods allegedly employed by the Russian government to influence and discredit beyond its borders.
However, little research has focused on Russian Intelligence’s control over the domestic information space. OpenFacto discovered and mapped more than one thousand Russian-speaking websites linked to the GRU, Russian military intelligence, to reconstruct their strategy and objectives, in a landscape already saturated with media loyal to the Kremlin.

OpenFacto’s study revealed that InfoRos, a news agency run by the GRU, began expanding into local news around 2012 throughout Russia. By registering no fewer than 1,341 digital « news portals » attached to cities, towns, districts, or even villages, InfoRos has created a network of amplifiers that surreptitiously broadcast the Russian government’s preferred narrative. The websites are primarily empty shells that regularly copy and paste innocuous content. These sites publish InfoRos content at regular intervals, which has a pro-government or anti-Western tone. The sites appear to relay an editorial line, which appearances suggest would be defined by the GRU, whose mandate is theoretically limited to outside the Russian Federation.

The report below presents OpenFacto’s methodology for discovering the websites and the hypotheses drawn from our analysis of the registered domain names, the Russian localities they target, and the chronology of their creation date. The main objective is to understand the objectives pursued by the GRU through InfoRos – especially in the digital space. To do so, we will first analyse InfoRos’ identity and its unique position within the Russian online « informational control » ecosystem.

This study will also introduce some tools and services to explore the « Ru.net  », a Russian and Russian-speaking segment of the Internet still little researched. 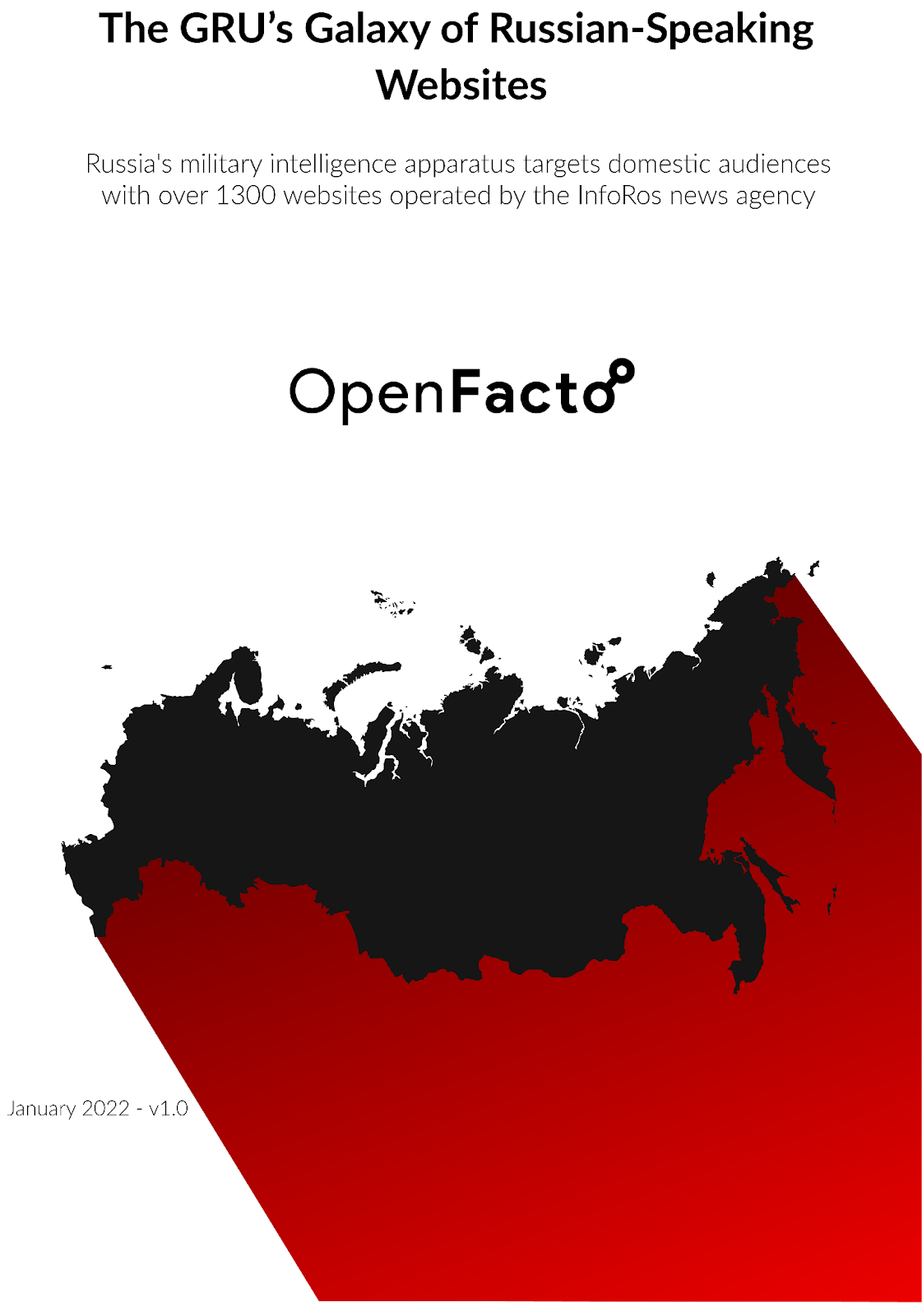